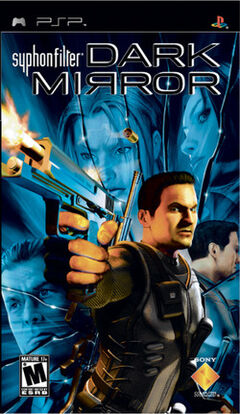 For other uses of the term Syphon Filter, see this link.

Syphon Filter: Dark Mirror is a third-person action game released for the PSP in 2006. In Dark Mirror, players take on the role of Gabe Logan and occasionally Lian Xing, special operatives for a secret government agency. It is the first game to be rated MA15+ and also the first to carry the tagline of 'Infiltrate, Recon, Execute.'

The Syphon Filter fiasco has finally ended, and Gary Stoneman's assassination of Mara and Elsa permanently terminates any further conspiracies, but the IPCA must solve a new case when paramilitary squads belonging to a group called Red Section attack an oil refinery owned by the corporation KemSynth Petroleum. When Washington calls for a Precision Strike, a mission too sensitive for military forces, Gabe brings his team to Alaska and investigates.

Gabe explores the refinery for the whereabouts of foreman Malcolm Freeman, and soon discovers hints of another project directed by a scientist named William Kreisler. More questions arise when Gabe observes the dead body of NSA agent Jack Miller, a man he knew, and proof of other NSA spying inside the area. He then kills a field commander codenamed Red Jack to advance, after observing that a soldier called Black King is in command of the operation.

Once Lian destroys Red Section's transport, Gabe continues to search for data on the project Red Section is seeking. As he looks for Security Section D in hopes that it contains answers, Gabe rescues the genetic engineer Kreisler, only to have him die from what appears to be an exotic plant, without surrendering any information. Gabe hurries to Kreisler's botanical garden and takes an optical disc before Red Section can steal it.

Lian and Teresa alert him to Black King's plan to destroy the pipeline, so Gabe engages the forces and learns of the name Project Dark Mirror from graffiti on the wall. Gabe eliminates Black King, but Malcolm Freeman commits suicide, like Kreisler, rather than be interrogated.

The Agency decodes the disc and learns that Dark Mirror involves plants. KemSynth Botanicals is growing them in Iquitos, but Red Section is using the local Peruvian Revolutionary War Council to attack the location. The mission becomes personal when Gabe learns that an old associate of his, Addison Hargrove, is part of the KemSynth operation, and Gabe must assist her while hiding his feelings.

Their successful mission in Peru takes them to Bosnia, where Goran Zivmovic is attempting to steal nuclear fuel. His men are allies of Red Section, so Gabe must uncover what they know. Along the way, he saves a private named Janzen and cooperates with him to reach the remaining UN forces who are fighting Zivmovic. Gabe soon finds that UN medical officer Richard Kress is a mole, but he is unable to stop Kress from murdering Janzen and an unnamed wounded soldier. Gabe hunts down and kills Kress, exacting revenge, before destroying a tank which Zivmovic hijacked.

Gabe is able to turn his attention to Red Section and he seeks another of their allies in Viktor Yavlinski, a Russian criminal operating out of a casino. Other information gleaned from Kress' computer yields the codenames Singularity and Touchstone, the Red Section leaders. Gabe tracks down the source of their finances and eliminates Yavlinski while dodging Touchstone. He escapes from the casino and soon receives word from none other than Addison.

Addison reveals that she left the Agency to have a daughter. Her ten year-old daughter Blake is now a captive of Touchstone, and they are demanding her to trade information. Gabe and his former love travel to the exchange point, but during an argument Touchstone knocks Addison down a cliff. Enraged, Gabe attacks Red Section until he can defeat Touchstone and drop him into the abyss.

Blake is still Red Section's prisoner, but the Agency is able to identify Singularity as an Interpol accountant named Grant Morrill. He copied every piece of classified data he received and used his resources to create Red Section. Gabe brings his team to the group's headquarters to kill Singularity and destroy the remaining traces of Dark Mirror. They rescue Blake, but Singularity taunts Gabe with memories of his past after breaking into Agency records, from the murdering of the cathedral test subjects and the betrayal of Jason Chance to the conspiracy when Gabe was working for Vincent Hadden and Logan's obsession with Mihai Niculescu. Infuriated, Gabe disrupts the special armor worn by Morill and shoves him into the path of an incoming train.

Back at the Agency, Mujari determines that Project Dark Mirror is a chemical nerve agent, and Singularity was trying to release it in the atmosphere. A small amount could have killed millions, but the threat has passed now.

Gabe visits the mausoleum for Addison and reflects on her while the credits roll. In a post-credits cutscene, she suddenly appears behind him, indicating that she had brought a harness to save her from falling. She and Blake have reunited. Gabe also learns that Blake's comments reveal that Addison was lying about her age. Far from ten, she is twelve. Gabe realizes Blake is his daughter, but he cannot say anything. Addison wants her to live away from the world of deception found in the Agency, so the two say goodbye and drive off. Gabe watches them disappear.

A bonus level in Bangkok takes place after the AIT assault. Jimmy Zhou, a gang leader tries using the avian bird flu as a weapon against his rivals. Gabe kills the birds and learns that Zhou has taken Lian hostage. Inside his penthouse, Gabe faces an army of Zhou soldiers, including one with a Gatling gun. Gabe manages to rescue Lian and kills Zhou.

3° Climg over a low obstacle.

Note: When you can issue an order, a

tag will show up in the upper

right corner of your screen.

stick to move the targer around.

2° Knife or body attack (when you are

If you find yourself near a corner, or

if the wall is low, push and hold down

the joystick in the corresponding

direction to peek and aim. You can now

fire from that position. Let go the

joystick to hide back.

Circle to pick the corresponding

goggle. Press R1 to use a medkit

if have one or L1 to select the

fire extinguisher, again if you

In the original PSP version, Singularity is run over by a train when Gabe kicks him into the path of an oncoming vehicle in a rather bloody and graphic sequence. For some reason whatsoever, the PS2 version of his demise has him being shot by Gabe and falling in front of the approaching train, but most of the explicit content was cut out. Consequently, the PS Vita cutscene used the same footage as the PS2 (again for an unknown reason).

Furthermore, the PSP also contained death sequences where enemies could be set aflame with the various tasers and a flare gun. This method could be used to achieve environment kills (which requires players to take out enemies without, of course, their own weapons). The PS2 and later the Vita both removed this feature of igniting them on fire, requiring players to physically use the environment rather than their own weaponry to score these kills.

An interesting fact is that while the game transcript contained numerous swear words on the PSP, the PS2 and Vita also both omitted the offensive language. 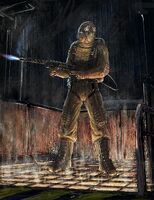 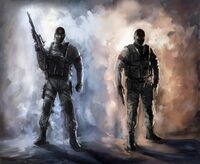 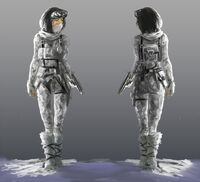 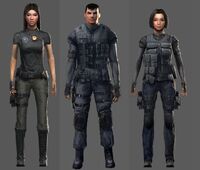 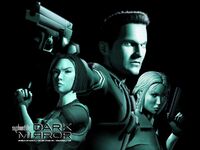 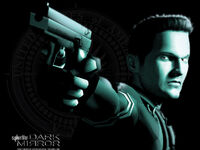 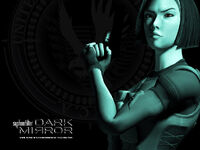 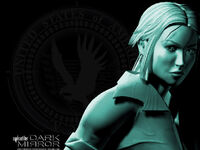 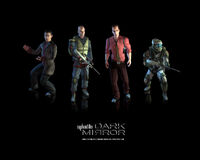