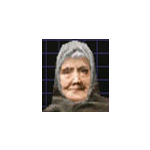 aka Why would I tell you my name?

To invade Shadow Moses and put a stop to the ultimate weapon, internet memes

[IN ORDER OF APPEARANCE]

Born in the depths of Tartarus (California), IArchiveStuff grew to find great pleasure in the mastery of Wiki editing. His skizzlez unmizzatched he scoured the net for information, pictures, and other trivial resources that most people would pass off as something a profoundly autistic obsession. His ruminations for the video game "Syphon Filter" especially fed this interest. He had been but a young lad (as pictured) when he found "Syphon Filter". He spent his school days rolling and running around like Gabe Logan (which caused some to question his sexuality), disturbing the other children with talk about terrorists parachuting into the school yard, viral bombs that needed disarming. His obsessions grew quite disturbing indeed when one day he decided to edit a bunch of wikipedia articles, realized he could edit his profile a a wiki page, and proceeded to vandalize it. Now wikia has a mad man on the lose. The only one who can save us from this mad man is none other than Him. Him Himself... Who is he? Hes Him. And I am me. ... Who are you?==

An right-wing ultranationalist organization in Syphon Filter 3. Also something IArchiveStuff does to himself

Retrieved from "https://syphonfilter.fandom.com/wiki/User:IArchiveStuff?oldid=13375"
Community content is available under CC-BY-SA unless otherwise noted.